I’ve heard and read many stories about pregnant women’s cravings; some love to have taco bell while pregnant (or generally any fast food while pregnant) and then there are those who stick to their health regime while pregnant.

Being pregnant is for sure a different state, and I personally would hand every pregnant woman a reward for handling it perfectly.

It definitely takes a lot of courage and patience to embark on this (pretty long) journey.

According to some reports, various types of pregnancy cravings are present to fulfill the nutritional needs of either a pregnant woman or her baby.

It’s safe to say that this topic is generally very complex and something that isn’t seen in every culture.

For instance, in countries where English is not the first language, eating fast food while pregnant is not a common thing.

Namely, in Asian countries, the most common craving (this doesn’t come as a surprise) is rice.

Not that it’s necessarily bad, but just make sure not to overdo it because it could potentially cause some complications later during pregnancy.

But at the end of the day, you shouldn’t beat yourself up if you have, for instance, taco bell while pregnant. Maybe it’s just some form of biochemical need that needs to be satisfied.

Are You Allowed To Eat Taco Bell While Pregnant? 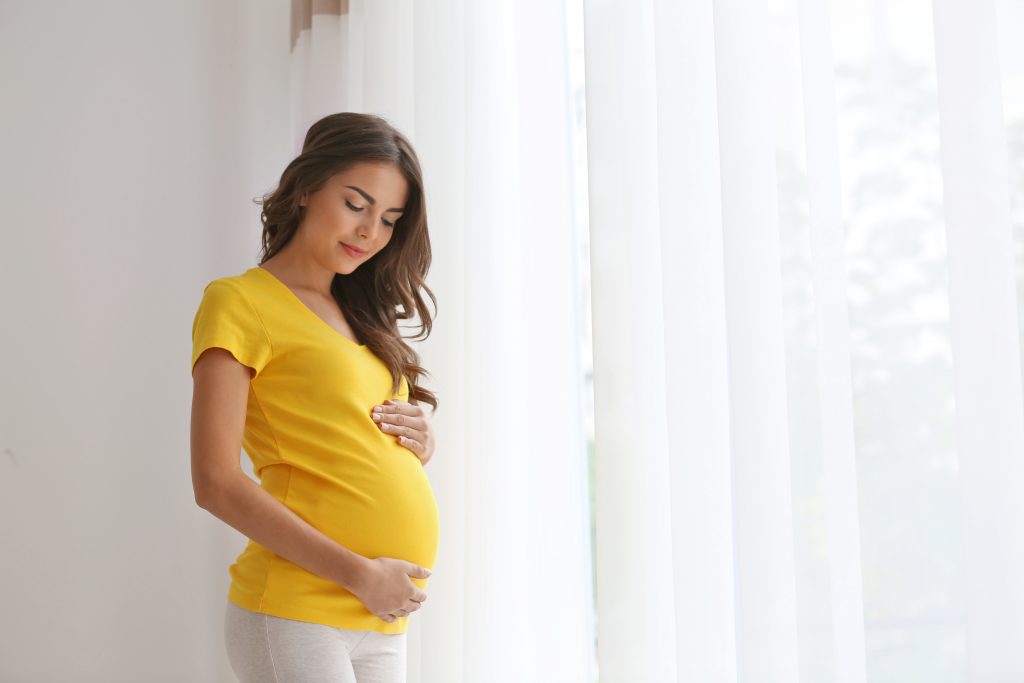 So if you think that you’re the only one, don’t worry, you aren’t!

Generally speaking, a vast majority of pregnant ladies crave some form of fast food while pregnant.

So what’s the leading cause of it?

I checked out some interesting information regarding craving taco bell’s food while pregnant on Psychology Today and uncovered that numerous women who suffer from gestational diabetes tend to have these types of cravings.

But don’t worry; this condition will resolve on its own as soon as you have your baby!

Well, today, I have some great news for you!

The answer is yes. You can have taco bell while pregnant because their products are fully cooked.

But does it mean that you can also eat sour cream while pregnant at Taco Bell?

What do you think?

Yes, you can also eat sour cream while pregnant, along with other dairy products from their factory.

How come? Well, that’s because their cheese (along with sour cream) is pasteurized, which means that it is perfectly safe for your hungry tummy.

But as previously stated, just like with any other fast food, you shouldn’t consume too much taco bell while pregnant.

Otherwise, it may cause some health issues that I’m not going to mention today because who wants to scare a pregnant lady?

Just keep one thing in mind fast food, in general, is loaded with saturated fats, and it shouldn’t include more than ten percent of your daily calories.

Now that you know that you can devour taco bell while pregnant let’s see what Taco Bell has in its store regarding fast food.

Let’s start with their delicious beef. In case you didn’t know, some of their most popular items are made from ground beef.

Furthermore, this fast-food restaurant wants to ensure its customers are provided with first-class quality; hence they have a two-step process when preparing ground beef.

Firstly, the meat is slow-cooked along with different spices at the meat supplier’s plants and then sent to all of their stores.

So what happens next?

Then the store cooks the meat once again before it adds it to the menu items. That’s one of the reasons why it’s great to have taco bell while pregnant. They think of everything!

But what about other sorts of meat, such as steak and chicken? Are they equally safe? (Pretend to hear the drum rolls sound in the background) Yes, they are safe too!

At the end of the day, Taco Bell is a serious company and it would never allow any form of irresponsibility in its restaurants in terms of the fast food they are serving.

Namely, its stores do not deal with any raw meat which is one of the main reasons why having taco bell while pregnant is a safe option.

Bear in mind that all of their meat is prepared at three plants by Tyson Foods (their meat supplier).

And then it’s properly packaged and delivered to all of their stores. Once arrived, the store reheats the bags that contain meat in a rethermalizer. But what is rethermalizer anyway?

It is a tool that was developed to quickly heat frozen or refrigerated items to temperatures above 165 degrees in order to get rid of any harmful bacteria.

What Are the Best Things to Eat at Taco Bell While Pregnant? 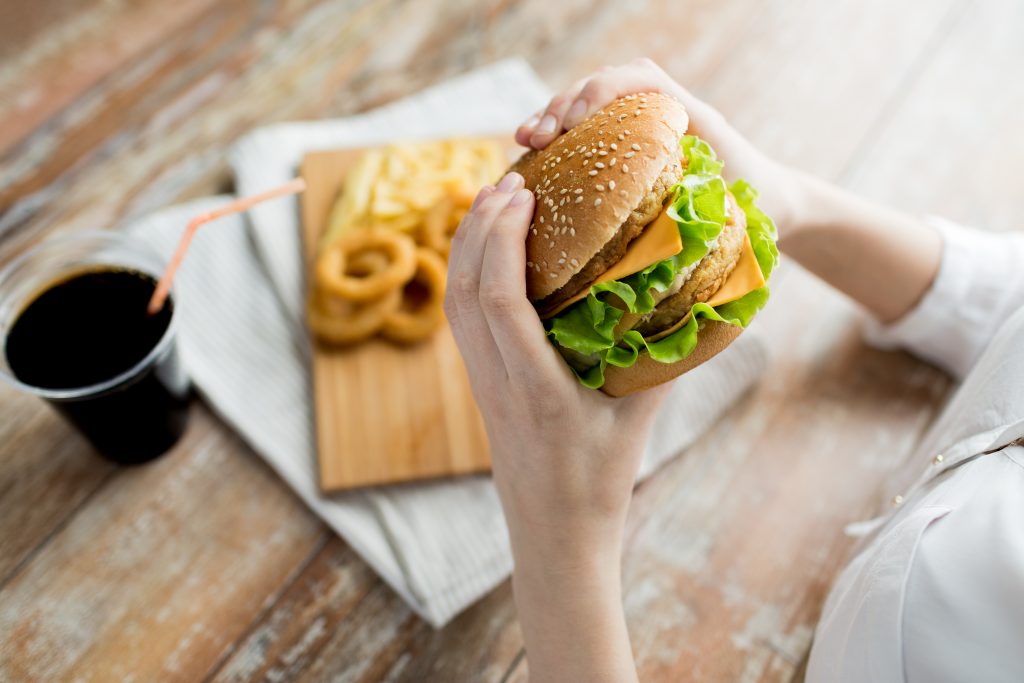 I’m not going to try to fool you. You already know that taco bell’s food is high in calories, which you should be careful about if you want to avoid weight gain, potentially high blood pressure, and other inconveniences.

However, that definitely doesn’t mean that you should completely eliminate taco bell while pregnant (or any other fast food while pregnant) just be sure to make smart choices!

Fortunately, having a taco bell while pregnant can be wise if you opt for chicken or vegetarian options instead of red meat.

So what’s the best option in these instances?

If you ask me, I would personally pick a chicken soft taco, bean burrito, and veggie power bowl. This way, you will eat something yummy, and healthy and will not cause morning sickness (which every pregnant woman wants to avoid).

So why is chicken soft taco such a good option?

Unlike, for example, hot dogs, this one is very low in calories, isn’t packed with sodium, and doesn’t contain unhealthy fats.

If you wish to jazz things up a bit, then you can always mix it up with some tomatoes, black beans, and onion.

The good news is that even with all these extra ingredients, you’ll have only around 220 calories, which means that having fast food while pregnant can be healthy as hell!

Moving on to Power Bowl

Here’s something you can have occasionally, that is nothing but a tasty treat and will satisfy even the pickiest pregnant woman!

The only downside of this meal is the fact that it contains a lot of sodium. However, you can make some adjustments to turn it into a healthy meal.

So can you eat sour cream that’s inside this power bowl? If you ask me, it would be better to eliminate it, along with the rice, and then replace these items with chicken and lettuce.

This way, you will reduce the number of refined carbs and fat that are inside this bowl. If you’re yearning for something that contains dairy (now that you removed sour cream), feel free to add some of your favorite soft cheeses to it. But do not exaggerate, please!

Now, if you’re yearning for some healthy fast food while pregnant, then you can certainly add this to your menu.

If you find it to be a bit too boring, then don’t hesitate to add some tomatoes, lettuce, or onions to it.

Is it okay to add some sour cream to this dish as well? Sure it is! It will only be thirty calories more and just two grams of fat.

What About Other Fast Food Chains?

I know that unfortunately, having a taco bell while pregnant is not your only craving, particularly when you’re aware of the fact that there are so many fast food options at your disposal.

But the truth is, you cannot avoid them all, am I right?

Sometimes, it’s okay to indulge in this pleasure and have some fast food while pregnant.

So, the next question is (now that you determined that you can eat sour cream while pregnant), is it okay to allow other fast food chains to fill your hungry tummy?

The answer is yes!

Just keep in mind that it would be advisable to avoid raw fish because it could potentially lead to food poisoning, particularly if you’re eating it at some unreliable place.

So is it a good option to opt for Mcdonald’s or Pizza Hut, for instance?

Most definitely yes! And an even better option is KFC because out there you can eat chicken that is fully cooked.

One of the most popular topics in terms of eating fast food while pregnant revolves around french fries.

Namely, a lot of pregnant women are craving it.

But does it mean that it’s allowed?

I’m sorry, but I cannot give you the green light when it comes to this.

Sadly, french fries have various harmful effects that could potentially jeopardize the safety of your fetus (which is especially important for women who are experiencing difficulties getting pregnant).

This type of fast food is fried at a temperature that’s over 365 degrees and makes the neurotoxic agent acryl amide in it.

And what’s worse is the fact that it’s a carcinogenic agent that must be avoided at all costs!

Other Foods that Should Be Avoided While Pregnant 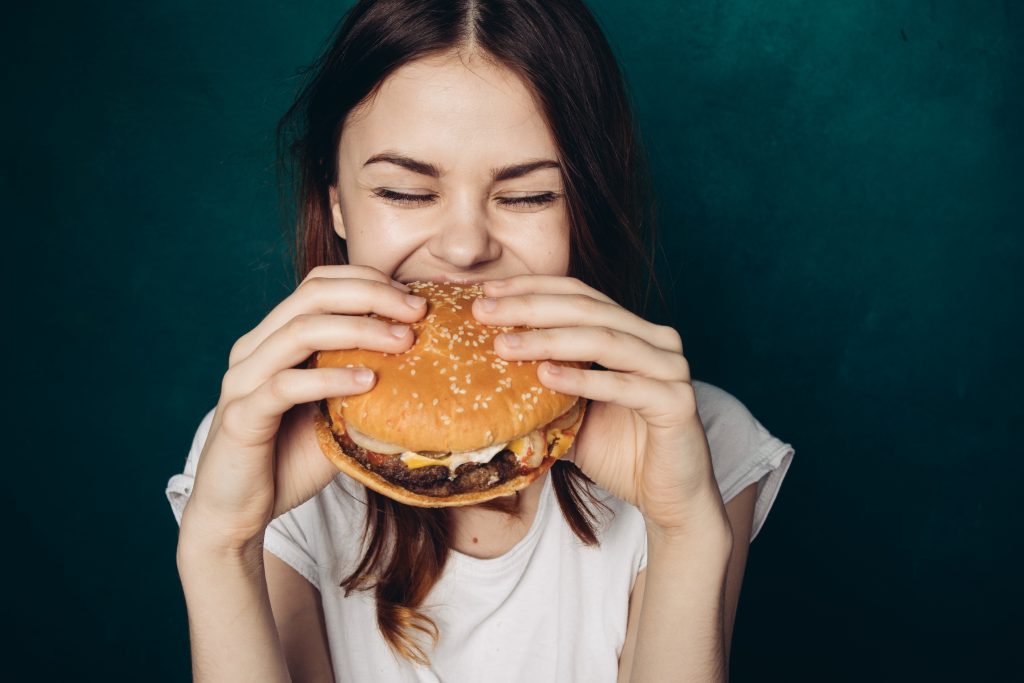 Foodborne diseases are one of the most common concerns regarding pregnancy.

Consequently, if you want to avoid any of these inconveniences, then you should be very careful about your food choices.

If you want to know what food items should be either reduced or completely eliminated during pregnancy, then take a look at my list below.

It includes the following:

1. Brie and Camembert cheeses because they have the bacteria Listeria

2. Raw or undercooked eggs – This refers to things like mayonnaise, Caesar dressing, and hollandaise sauce that contain undercooked or raw eggs

3. Seafood and raw fish – As aforementioned, raw fish is definitely not recommendable at this stage of your life, along with seafood. Therefore, you should avoid things like sharks, sushi, oysters, tilefish, etc.

4. Undercooked/raw meat – This includes pork, undercooked steak, and poultry because all these things could potentially be infected with numerous harmful bacteria, such as Listeria, Salmonella, Toxoplasmosis, and E.Coli.

5.  Huge no-no to alcohol – It is widely known that alcohol is not your best friend during pregnancy, but I just wanted to remind you once again to stay away from it. Many studies have shown that alcohol consumption (particularly excessive consumption) can cause different fetal problems.

6. Energy drinks – I know that lack of energy is a common issue during pregnancy, but no matter how tempting it may be to you right now, don’t forget that they are loaded with caffeine, which is why you should avoid them as much as possible. 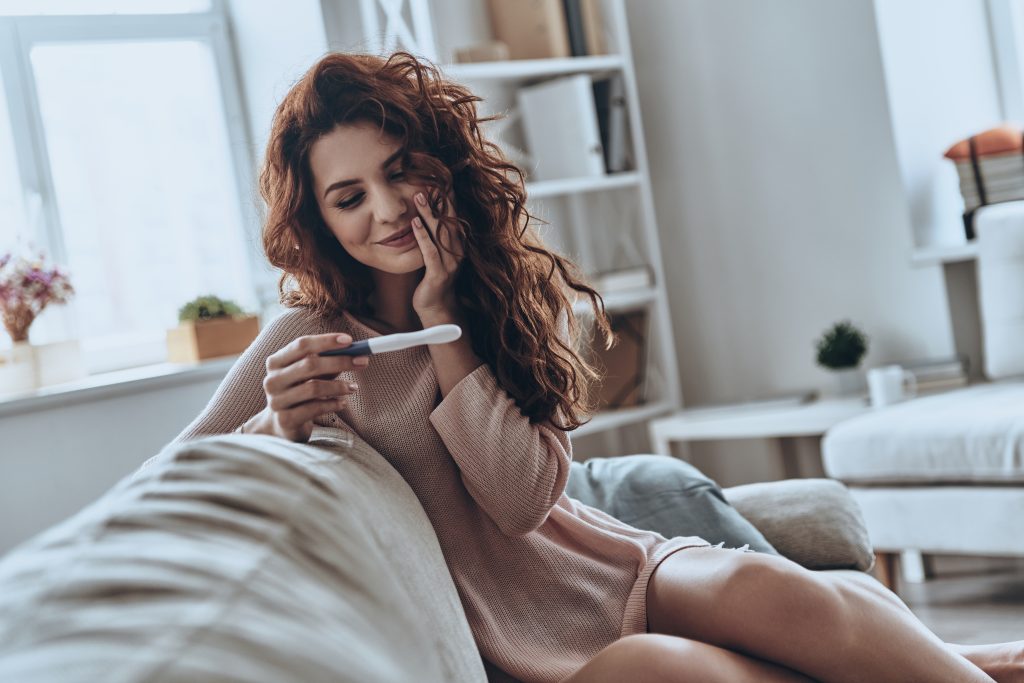 As you can see, there’s nothing wrong with having taco bell while pregnant or any other sort of food (besides the one we discussed above).

As a pregnant woman, I know that you stress over many things because you want to ensure both you and your baby will be fine.

So take a sip of some delicious hot cocoa, read carefully everything that’s been written here, and relax!

Oh, and of course, take a bite of some mouth-watering Taco Bell’s products. 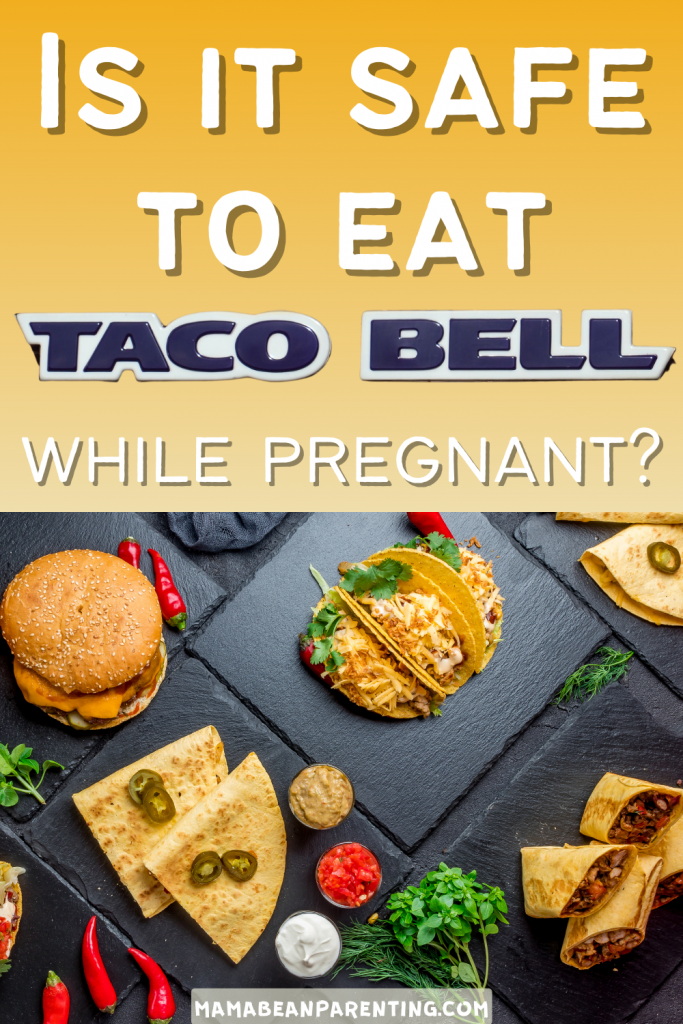